AHEPA commends the resounding passage (roll call vote) of a congressional resolution by the U.S. House of Representatives that condemns the violence against peaceful protesters outside the Turkish Ambassador's residence and calls for the perpetrators to be brought to justice, announced Supreme President Andrew C. Zachariades.

"We are grateful to the resolution's original sponsors, Majority Leader Kevin McCarthy and Minority Whip Steny Hoyer, Foreign Affairs Committee Chairman Ed Royce and Ranking Member Eliot Engel, for coming together in bipartisan fashion to pass the resolution swiftly and for standing-up for our fundamental Constitutional rights," Zachariades said. "We again call for diplomatic immunity to be waived so justice can be served."

In a separate development, Supreme President Zachariades sent a letter to Secretary of State Rex Tillerson today, requesting the Department of State to halt a proposed sale of 1,600 semi-automatic pistols, that if approved, would end up in the hands of Turkish President Erdogan's security detail; the very perpetrators whose violent assault upon American citizens the U.S. House condemned yesterday.

"We sincerely thank House Foreign Affairs Committee Chairman Ed Royce and Senate Foreign Relations Ranking Member Ben Cardin, each of who sent letters to Secretary Tillerson calling on the State Department to reject this arms sale," Zachariades said. "We will work with our champions on Capitol Hill to fight this every step of the way."

AHEPA commemorated the 70th anniversary of the Marshall Plan in a statement issued by Supreme President Andrew C. Zachariades:

"This week, 70 years ago, Secretary of State George C. Marshall called for a U.S. economic aid program to restore the economic infrastructure of postwar Europe that would be known as the Marshall Plan. Marshall’s generous $706 million aid program to Greece helped bring economic and social recovery and prosperity after World War II and the Greek Civil War... read more

NEW! | More help from the Great White North! Thank you to the AHEPA Family Charitable Foundation of Canada, which donated $5,275.75 this week to the campaign! 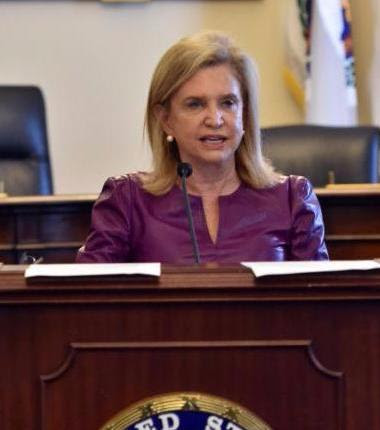 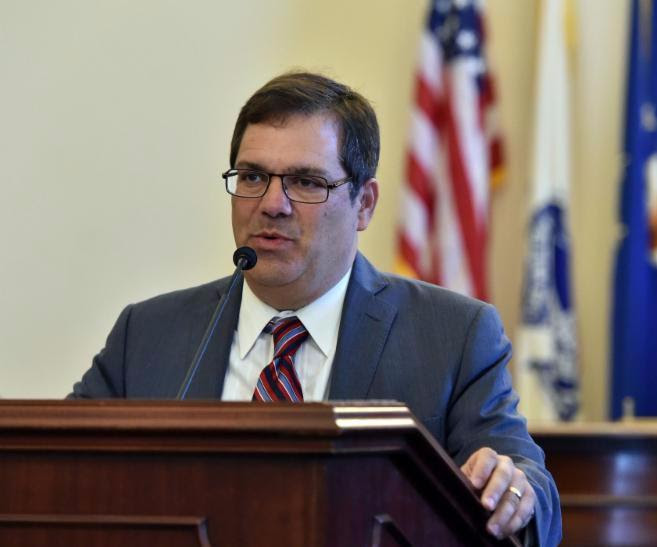 The 115th Congress is well underway. And with it, the work renews for the Congressional Caucus on Hellenic Issues, led by Co-chairs U.S. Reps. Gus M. Bilirakis (R-FL) and Carolyn B. Maloney (D-NY). The Hellenic Caucus has 123 members.

European Commission spokesman Margaritis Schinas on Tuesday urged Greece’s international creditors to “reach an understanding” on demands from Athens and the International Monetary Fund for a lightening of the country’s massive debt burden. read more

The past few years have been tough ones for the Greek economy and for its tourism industry. As a traveler who has written two guidebooks on Greece, I've felt sure that tourism there would eventually bounce back, but when?News is good: The Greek National Tourism Organization (GNTO) announced that it expects a record-breaking 30 million international visitors to Greece for 2017. This represents a growth rate of 7%, or an additional 2 million additional visitors over the previous year. 900,000 U.S. travelers are expected to visit the country this year. read more

Talks to reunify Cyprus are to resume after the resolution of an impasse at a meeting of the island’s Greek and Turkish leaders.Emerging from a four-hour meeting with Nicos Anastasiades and Mustafa Akıncı in New York on Sunday night, the UN secretary general, António Guterres, said negotiations would recommence later this month. The breakthrough was met with relief on the island, where many had feared the collapse of talks widely seen as a once-in-a generation chance of reconciliation. read more

Opinion: A Bronze Vase From Ancient Greece: Still Shiny, After All These Years

This bronze vessel was made in Pharsalos, Thessaly—now Farsala in Greece—in about 370 BCE. It’s now in the show called “A World of Emotions: Ancient Greece, 700 BC – 200 AD” at the Onassis Cultural Center in New York. It speaks to a bunch of issues that have always interested me. read more

Seventy years ago today, then Secretary of State George Marshall unveiled his “European Recovery Program”, which became known as "The Marshall Plan," during a speech at Harvard University. read more

A document outlining a collective vision on security in Cyprus is to be drawn up to help improve chances of a breakthrough in reunifying the east Mediterranean island nation, a government spokesman said Tuesday. read more